Well, Garren stopped Avar from showing persistence, not me. I mean, she hadn't actually said "no" or "go away." Maybe she would have rewarded him if he'd kept trying.

Chalk it up to bovine intervention, I guess. Imagine her udder disappointment when he steered clear.

I'd think you could have Congress with her, as long as you don't caucus with her.

How does a man have congress without his caucus?

Oskav thinks the Chuul impersonator might be Alannah's brother, so he goes to try and find her and tell her about it. But resilience against how awful she is takes a lot out of him, so he needs to load up on calories and will visit the banquet table first.

Just a reminder that Avar isn't rolling with his armor at this little soiree. He is wearing his sallet, a domino mask, and a nobles outfit. Commando.

Not sure how his perfectly bronzed balls and awkward attempts at conversation haven't panned out for him.

The ball's kind of in Oskav's court, at the moment. I look forward to his discussion with Alannah regarding the propriety of the other guests' costuming decisions.

Is Avar going to trail along to see what happens with Alannah and her brother, or go with Oskav to eat something, or stick around to try to flirt with bug girl, or what? I'm presuming that Garren's heading to the dance floor, since he asked the girl to dance. Alannah's going the same way.

Avar will abide to the old Aureshean adage "When out of place, feed your face" and follow Oskav to get something to eat.

Oskav immediately recognizes that whoever he is, this Trogar fellow isn't from the Kingdom of Merethrone. Aside from the fact that his accent is unmistakably similar to that of all the humans in Port Hope, there's the fact that he doesn't mention his clan name (Oskav is specifically forbidden from doing it, but no dwarf of the Mountainmere would otherwise omit something like that). And of course, he's shaved off his beard and left a huge, bristling mustache, which no Merethroner would ever do.

Alannah (and anyone with her) can attempt Knowledge (nobility and royalty) or (local) vs. DC 12, if they have ranks in the skill. Or bardic knowledge, DC 17.

Alannah recognizes Qillanthenna Vrinian, Baroness of Rightwood as the wolf-costumed elf woman dancing with her brother. She's a major noblewoman, notable for thrill-seeking, a casual but vicious disdain for the Church of Agon, and considerable wealth from her title and estates, which she holds in her own right rather than deriving from a spouse.

She's also EASILY seven times his age. Admittedly, she doesn't look it, being that she's an elf, and is probably equivalent to a human a woman in her mid-30s.

But it's still weird because she just buried her fifth husband two years ago. Alannah knows because she was the topic of scurrilous ballads afterward. They were all middle-aged or elderly human men, she inherited a widow's portion of their lands and wealth, and the ballads dwelled on the idea that . . . uh, let's just say that in the public imagination, they died happy, but not of snoo-snoo; she's a tiny thing, maybe 4'11" and 90 lbs. Public imagination devises that she makes up in energy what she loses in brawn.

Boromil does not seem like her "type" at all, being young, vigorous, and neither particularly wealthy nor especially likely to inherit. So that's kind of fishy, and Alannah might have some reason for sisterly concern.

On the other hand, if she's taken Boromil as anything more than a passing fling, then their father is going to be livid. So maybe that's one in the plus column?

I was distracted... I've gone back to playing the original Might and Magic (a computer RPG from 1986). Good times! Garren is planning on dancing - as long as his partner seems amendable. He understands that she was in unpleasant company and he doesn't want to have her go through that again. If there is anyone that she is particularly interested in, he'll try to help make that happen. No ranks, but Wisdom is pretty good for him.

When Oskav is finished eating he will go ahead and take this dude to talk to Alannah about the missing sword. If Avar wants to do it first, that's even better.

Let's get a Spot check and a Sense Motive check from Alannah and Garren.

Alannah has a hard time humanizing others as actual people with their own minds and motives, so she is likely unable to sense anything. The masks don't help.

Yeah, looks like the other guests are background noise to her, for the moment.

Were those rolls intended for something?

Yes, they were used to determine whether Garren noticed Lord Waegmunding.

Just because we sometimes appear to be in a world of coincidences, Alannah doesn't recall anything particularly unique or interesting about either sword Cole was swinging around while trying to cut Chuul several new ones, does she?

No. Cole would find it extremely unpleasant even to touch this thing.

It also sounds like Alannah would find it extremely unpleasant to touch this thing.

Alannah will be well served by her usual reaction to things that she finds unpleasant, which is to make them some other person's job.

So interesting observation. I can't find any spell that allows the copying of mundane text. This would seem to be a very low-level task replicating the work of a scribe for one hour. It seems, at least from a brief pondering, then it may be in the realm of a Prestidigitation spell, as writing is, in essence, soiling an item in an exact manner. If not, perhaps an application of unseen servant or spectral hand? Spectral scribe maybe? Is there already a spell in one of the larger volumes?

Amanuensis, clr 0, Sor/wiz 0, copies non-magical writing at a pace of 250 words/minute for up to 10 minutes/level. Duplicates the text perfectly, including handwriting, leaving gaps where magical writing and/or illustrations would have been. Triggers magical writing-based traps. Found in Spell Compendium, page 9.

It's a retread of a 3.0 spell from Magic of Faerûn, where it was a clr 3 (Deneir), sor/wiz 3 spell. The original worked on spellbooks, provided that the caster provided the necessary inputs of costly writing materials as a material component, vastly reducing the time requirements to copy spells from a scroll or friendly spellbook.

I don't really see that the Spell Compendium version would be very attractive to anyone in this party. I'm divided concerning the 3.0 version of the spell. On the one hand, it is extremely convenient. On the other hand, I'm an unrepentant sadist.

It seems to me that the spell isn't an overly important tool in and of itself, but it seems remarkably useful for pricing a magic item that might duplicate its effects, such as a quill that transcribes what the user is saying, or simply one that copies books.

Don't the magewrights have something like this in Eberron?

There are some magic items associated with one of the dragonmarks from that setting that have to do with writing.

As far as the general utility of the spell, I would say that even as a magic item, it's one of the weird cases where you could play multiple campaigns and never have any use for it. But when you need it, you need exactly this thing and nothing else will do.

I believe we're waiting on Alannah.

Sorry, I was pausing in case someone else wanted to do anything as it seemed like the conversation was wrapping up. Now that the business with the creepy twins is over, Alannah goes to see if anything else interesting is going on.

Which way is Alannah going to go next?

Also, which way is Avar going? 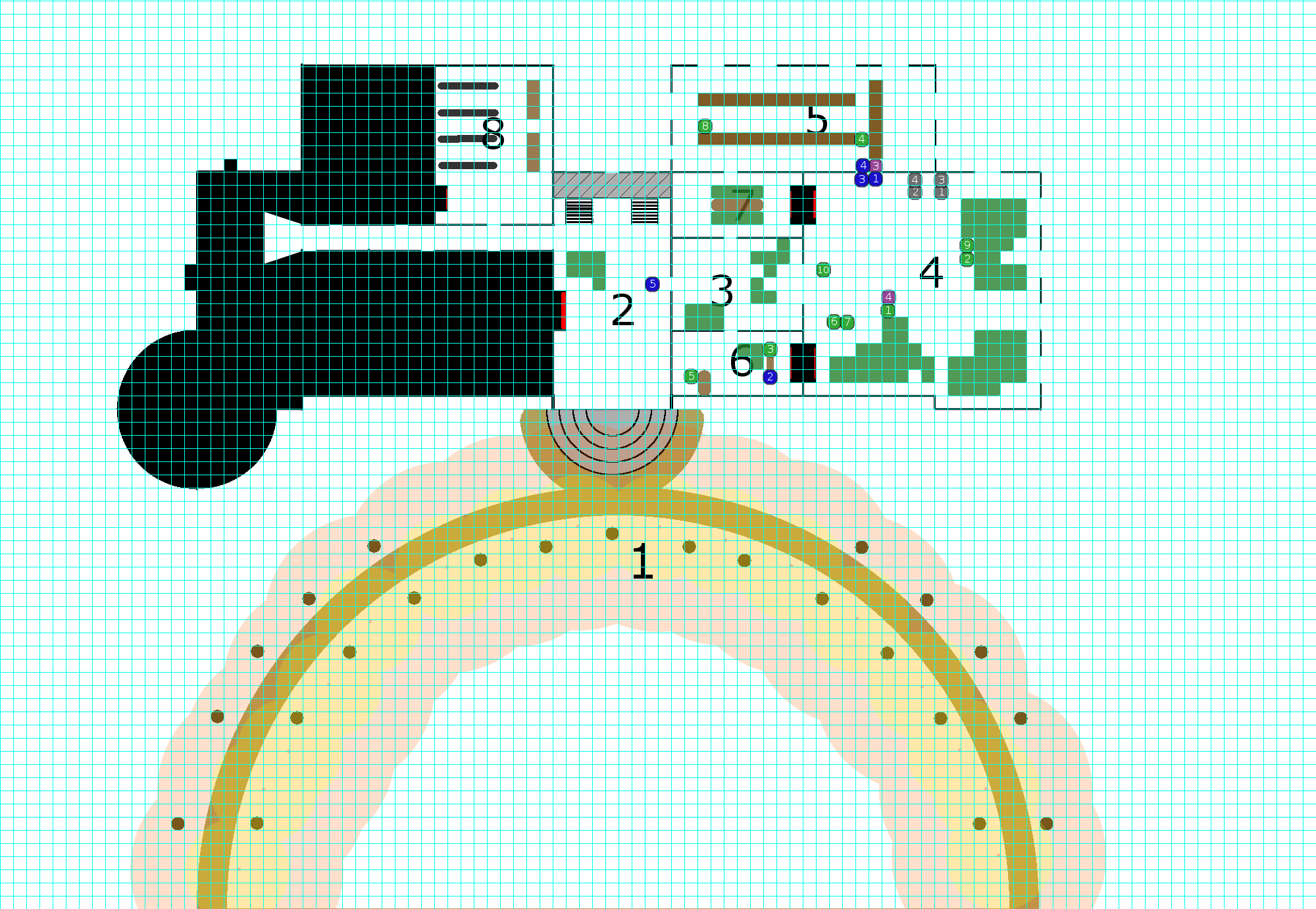 She's going to head straight east. Mingle with the crowd and such. Look horribly bored for a while.

Oskav follows Trogar's gaze to see if he can figure out what's upsetting him.

Is Avar still amusing himself by scanning for evildoers?

Sure. May as well get some mileage out of it.

"Hey baby, I sense you have some evil intentions. You know, I have been known to smite evil a time or two."

Unless you referenced a different helmet in the IC post other than the new magic one, Tal, then Avar didn't remove any helm. He just aced the domino mask.

Holding for reactions from (variously) Alannah/Oskav/Chuul.

Topic: Urban Dead (Buttonville)
Buckley mall defense and last remaining rescu
by AxeSpecialist
Topic: Stranger Things DnD
As I'm still unpacking a few things, I was go
by Aladdar
Topic: Fires
So the entire west coast of the United States
by Fixxxer
Topic: Hurricanes
If you're in the path, please be safe.
by Cronono
Topic: I have cancer...
I'm keeping this fairly quiet on the social m
by Aladdar