A Lapse In Judgment (OOC)

Let's be real about it. Dalvar is only an adventurer because there's no such thing as an insurance actuary in Damark.

Feruq likes Dalvar's plan, provided that the survivors can be moved across the river without hurting them further.

While they get ferried, Feruq will take 20 on a Perception check (+10 modifier) to search the bodies of the fallen, looking primarily for items that might be used to identify them or of a personal nature that they might wish returned to loved ones.

I'm okay with taking time. I'd like to get more healing available to address the wounded.

Thunk is pretty concerned about the delay cutting into dinner time.

The good news is the rest of the party left all the animals made of meat in Thunk's care.

Re: healing the wounded, Argus and Garyld have come to a consensus that their primary problem is likely Dexterity damage. Garyld is willing to set up a clinic out here and tend them by himself, at least until all of them can walk and survive the trip back to town.

Feruq has all the time in the world to loot the corpses. He finds an assortment of personal effects that might give some clue as to the identities of the fallen; one of the dead halflings has what looks to be part of a written agreement with a bargemaster, but it isn't the guy the party did business with back at Kuiper's a few days ago. The other halfling is wearing a silver wedding band and it has a faint inscription on the interior, but the script is very small and appears to be in a language he has never read before. The one with the ring also has a necklace with a very heavy bronze medallion shaped like a cylinder. It is stamped on one face with a butterfly and three stars on the opposite end.

The dead orc had a vial of something in his pocket, maybe a few ounces of liquid in all. It looks like a ruddy brown in color but the glass is pretty dirty so it's hard to be sure. There's also a jumbled necklace of wolf teeth on a leather cord, stuffed into the same pocket; but each of the teeth is finely engraved with orcish runes.

I need a Knowledge (religion) check from Feruq.

The butterfly and that particular arrangement of three stars are each symbols of Desna, the goddess of travel and luck. Halflings call her "Lady Luck" and she is something of a patron deity for the race as a whole, owing to their innate good fortune and communal lifestyle as nomadic traders. Feruq doesn't know enough about their faith or holy symbols in general to be sure if this is actually a holy symbol or just a fine piece of jewelry.

Neither the ring nor the amulet are magical, but the wolf fang necklace and the vial the orc had both are. Roll that beautiful bean footage.

The vial is an elixir of fire breathing and the necklace's aura is one of moderate evocation. He has seen something similar before in the necklace of fireballs Feruq wears.

Anyone in the party is free to make a Sense Motive check and an Intelligence check, and anyone with ranks in Spellcraft can roll that as well.

Deducing the rules of the dice game on your own would likely call for a skill challenge but we're not going to get into that unless someone actually wants to play, in which case they can just ask one of the people already sitting there; but if you managed to finish the challenge with zero failures, I'm inclined to offer a bonus to checks for anyone who wants to jump in.

You're also free to do whatever else you want to do here; bring up plot hooks to find out what anyone around here knows, ask for new plot hooks, inquire after the whereabouts and well-being of various NPC contacts, get into a bar fight, etc.

Dalvar knows that unless Tauster's fireball is wildly different from the kind almost every 5th level wizard in Damark is familiar with, there isn't really any chance of it igniting combustible materials, much less burning down 2/3 of a village. Dalvar has seen the ring of devastation around what used to be Thurmaster and knows it is quite extensive.

So he's either exaggerating, lying, omitting details about the preparations laid by the villagers before the raid he is describing, or sitting on a totally unique and much-sought after version of the spell.

I'm confused. The PF SRD description of fireball says, "The fireball sets fire to combustibles and damages objects in the area. It can melt metals with low melting points, such as lead, gold, copper, silver, and bronze. If the damage caused to an interposing barrier shatters or breaks through it, the fireball may continue beyond the barrier if the area permits; otherwise it stops at the barrier just as any other spell effect does."

Are we amending the core rules?

Huh. You know, I think I have been operating under the assumption that the fireball for at least the last few version of D&D (including Pathfinder) did no such thing. I don't know why I thought that. I mean I could have sworn it was the case and that it was something that had come up in multiple gaming groups in the past as a point of confusion, because the description of the spell makes it seem like an actual ball of fire, but that the RAW suggest it isn't present for long enough to actually set anything on fire.

I guess... no, we're not amending the Core Rules. Forget I said anything. His story is totally plausible.

The rules for 3.5 and Pathfinder alike are a little sketchy at times regarding this stuff, and there seems to be an unwritten rule to the effect that fire effects don't set fire to things unless the spell description so specifies. Many do, but especially in Pathfinder (the PF SRD expands the total number of spells available compared to core 3.5), many don't.

I think that part of the confusion has to do with how you resolve these spells with regard to objects in a creature's actual possession. Over 95% of the time, you just ignore it because it only matters if the spell allows a save and the result is a natural 1. In this last case, then one of the character's items (determined semi-randomly) also gets a saving throw. Which is fair enough, I guess, but it's still weird to think that someone could be just a few feet away from a fireball while holding a vial of oil, or even self-igniting flammable liquid like alchemist's fire, but come away from it with only minor injuries.

But at the same time, the thatched roof overhead is solidly in flames from that same fireball.

Between that, and the relative lack of rules precedents to guide the DM about stuff like how fast a fire grows, or how quickly it destroys a structure, I think it's more than reasonable that people just don't really want to think too hard about this stuff. Fireball is kind of a nuisance to adjudicate unless you're playing in some kind of relatively non-flammable environment like a stone dungeon or some kind of damp or very desertified natural environment.

The amount of damage that could be caused to a city or town by one careless wizard on a windy day is really pretty terrible, and it goes a long way to explain the general fantasy gaming trope to the effect that mages are feared and hated.

Nah, I legit was convinced that since I began my D&D career back in 12th grade fireball spells didn't behave like normal incendiary events and were in fact explicitly different, as per the spell description. But it turns out the opposite is true: the spell descriptions in v3.5 and Pathfinder both spell out in layman's terms the effects of combustibles inside a fireball's area of effect.

This is Mandela Effect, Berenstain Bears-type shit. But while I am tempted to ask Dalvar to enter a personal skill challenge; the successful outcome of which being that a discrepancy between the way the world works and the way he KNOWS the world has always worked is revealed; I have only experimented with time travel and parallel dimensions briefly before and am hesitant to blow my wad here. I'd rather save that flight of whimsy for later in the campaign, if an opportunity presents itself.

So we'll just assume his natural 20 on a Spellcraft check retroactively erased any misgivings I may have had about the way magic works in D&D and leave it at that.

Nah, I gotchu, fam. I'd guess there's a reasonable chance that you got that idea from the same place that I did. The rules for catching on fire state "Characters exposed to burning oil, bonfires, and noninstantaneous magic fires such as a wall of fire might find their clothes, hair, or equipment on fire. Spells such as fireball or flame strike don't normally set a character on fire, since the heat and flame from these come and go in a flash."

This made the think of Feruq. 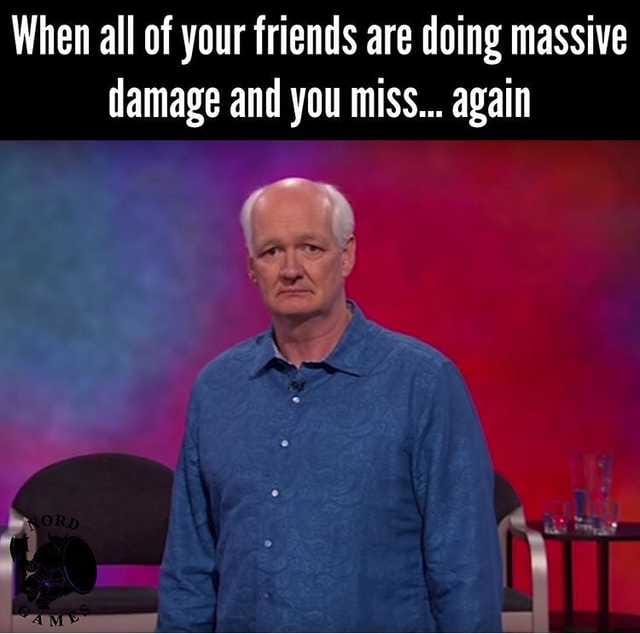